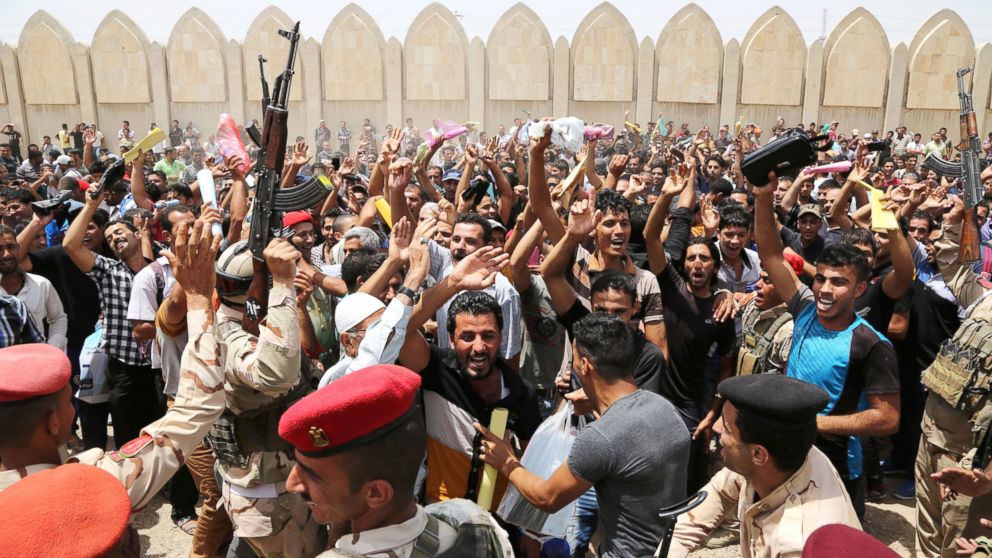 The fall of Mosul and Fallujah—two prominent Iraq cities—to the radical Sunni forces of the so-called Islamic State of Iraq and Syria is a challenge to Iraq as a coherent unified country. It is also the resurgence of a pattern of radical Sunni anti-governmental activity that was a feature of the US military occupation of Iraq beginning in 2003. And it is partly a result of it.

Fallujah is an example of what happened then and what is happening now. The attempt by American forces to eradicate Fallujah of radical elements paradoxically hardened them, and spread its fighters throughout the country. The paradox is even more striking considering that the Sunni leaders of the region were not supporters of Saddam Hussein, and many were predisposed to welcome the US liberation of the country from his leadership.
“We hated Saddam,” a Sunni Muslim cleric from Fallujah told me, indicating that he and his colleagues in the Sunni triangle of an Anbar province had no use for the secular dictator. Nonetheless, he and his allies came to regard the American coalition authority that replaced Saddam’s government as an even worse choice. They saw the U.S. occupation as a repressive force, imposing a Western-style government into Muslim territory, much as America’s ally, Israel, also imposed itself on the Middle East. They identified with Hamas and the Muslim struggle in Palestine, and asserted that the Palestinian oppression was parallel to their own experience in Iraq.
Though the sectarian violence in Iraq was often described as Sunni-Shi’a civil war, there was very little support for the violence from mainstream religious leaders on either side. On the Sunni side, the Sunni Association of Muslim Clerics resisted the attempts of the Tawhid jihadis to coopt it, and the association often played a positive role in helping to moderate the violence. I talked with one Sunni cleric who told me that he had played a mediating role between extreme insurgents and the Iraqi government. He said it did it for the sake of Iraqi unity. The jihadi extremists became increasingly annoyed with this attitude, however, and by what they regarded as compromises by the nationalistic-minded Sunni leaders.
Beginning in 2005 a new movement, the National Council for the Awakening of Iraq—or simply the Iraq Awakening movement—mobilized the Sunni leadership in al Anbar province against the jihadi extremists. The movement was supported by the US military under a brilliant strategy of General David Petraeus to pit the modern Sunnis against the radical ones. By 2007 the tensions between moderate Iraqi Sunni leaders and the jihadi outsiders had erupted into dissention and violence between their factions. On the Shi’a side, leading clerics such as Grand Ayatollah Sayyid Ali Husaini al-Sistani also distanced themselves from such Shi’a extremists as Muqtada. Sistani supported the leading Shi’a political party, the Supreme Council for the Islamic Revolution in Iraq, led by Abdul Aziz al-Hakim.
For a time it appeared that the Shi’a and Sunni factions could live peaceably together in Iraq. I was assured that Iraqi Shi’ite and Sunni had an innate sense of hospitality toward one another by Nuri Kamal al Maliki, who later became Prime Minister of Iraq, but who at the time of my interview with him in 2004 was Deputy Director of the Shi’a Dawa Party. Al-Maliki told me that his own party was fifteen percent Sunni and that Shi’a-Sunni intermarriage was a common thing. He also told me that the threat of Muqtada al-Sadr—who was one of his primary supporters—was greatly exaggerated. Yet the threat of al-Sadr turned out in subsequent years to be quite real, though in 2007 al Maliki pledged to control the forces of Muqtada in order to support a troop surge strategy promoted by U.S. President George W. Bush. For a time Muqtada al-Sadr went into hiding and the violence temporarily subsided. Nonetheless rogue elements from the Shi’a side soon continued their acts of terror and reprisal, mimicking the acts of Sunni extremists.
Al Maliki’s openness to the Shi’a opposition also turned out to be a hollow gesture. Increasingly his government took a hard line against the Sunni leadership in al Anbar province, who felt betrayed by the US military who handed over control of their militia to al Maliki and then left the country entirely in 2011. Without the US military to support their interests they were totally dependent on the generosity of the Shi’a majority government led by al Maliki, who showed no interest in opening his government to their interests. Even worse, he regarded them as potential enemies, and tried to build his own leadership strength on the basis of his willingness to take a hard line against the Shi’a majority’s traditional rival, the Sunnis. The US administration under Barack Obama pleaded with al Maliki to be more conciliatory to the Sunnis, and even the most prominent Shi’a leader in Iraq, al Sistani, urged al Maliki to take a more democratic stance towards the Sunnis. The Iranian government also favored this approach, fearing a backlash from the Sunnis and political anarchy in the country. Al Maliki resisted, and the dark prophecy of anarchy begin to come true, and the rebels took over vast regions of the western part of the country. Under the ISIS leadership, whole cities fell to radical Sunni hands, though in this case the Sunni elders chose to support them rather than fight them, in part because they felt ostracized by the Baghdad regime led by al Maliki.
Thus the circle has turned again to radical Jihadi insurgency. Once again Fallujah is in the hands of the extremists, though this time there is no US military to rescue the Iraq government from the militants’ control, and no David Petraeus to moderate between warring factions to bring stability to the country. Iraq will have to mediate this crisis by itself, though a behind the scenes alliance between Iran and US military advisors may give material and tactical support. The insurgency in Iraq, it seems, is far from over.

For a longer version of this essay, click here