The following is my letter to the University of Illinois requesting that my acceptance to give a presentation in its prestigious MillerComm lecture series be deferred until there is a resolution of the freedom-of-speech issue involving Prof Steven Salaita; his appointment was cancelled by the Chancellor after being pressured by donors unhappy with his political comments posted on Twitter.

I want to thank you and the Center for Advanced Study for the honor of inviting me to give a talk in the Center’s prestigious MillerComm lecture series in Fall, 2015, based on my work on the global rise of religious nationalism. The honor is enhanced by the fact that I am a U of I alum, and this will constitute something of a homecoming for me.

My acceptance, however, is contingent on a positive resolution to the freedom-of-speech issue involving Prof Steven Salaita. In making this decision I am guided by the advice of Mohandas Gandhi that “the first principle of non-violent action is that of non-cooperation with everything humiliating.” The denial of the basic right of freedom of speech is humiliating not only for those who are victims of it but also for the institutions that allow it to happen.

In requesting this deferral of my invitation, I mean no disrespect to you, the Center, or to the faculty of the University, many of whom have publicly voiced their opposition to the administration’s actions. I empathize with your dilemma. Moreover, I am encouraged by recent court decisions and the resignation of the Chancellor, which makes me hopeful that the situation may soon be resolved.

I look forward to a speedy resolution of this issue in favor of academic freedom. I hope that I will still be able to give my presentation at the U of I, if not on the date scheduled then soon after, assuming that you are willing to reschedule the event.

Thanks again for the honor of this invitation, and I hope that I will soon be able to join you on the Champaign-Urbana campus. 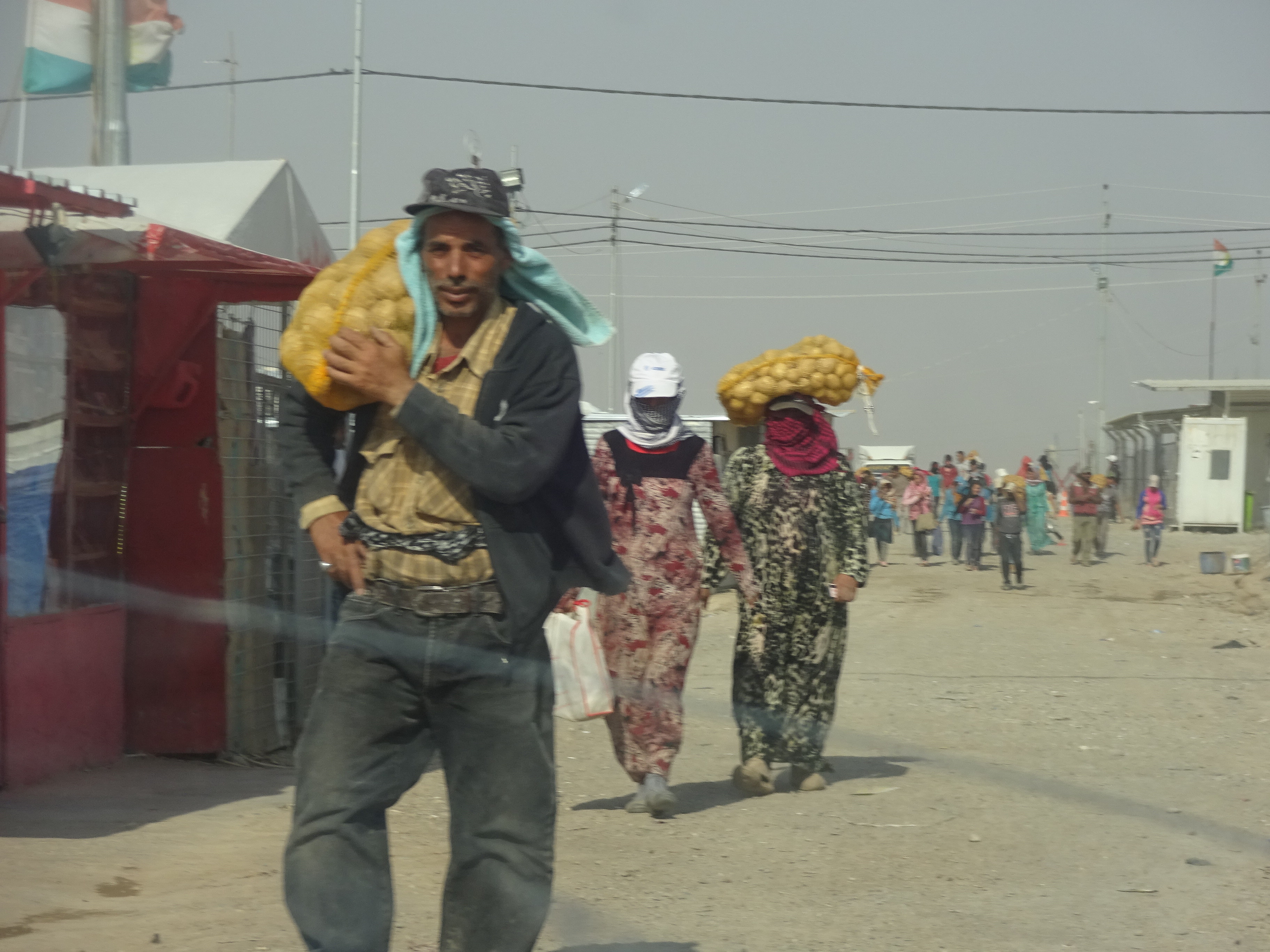 It’s potato day at a refugee camp near Erbil, Kurdistan, for Muslim Arabs from Mosul, Iraq. 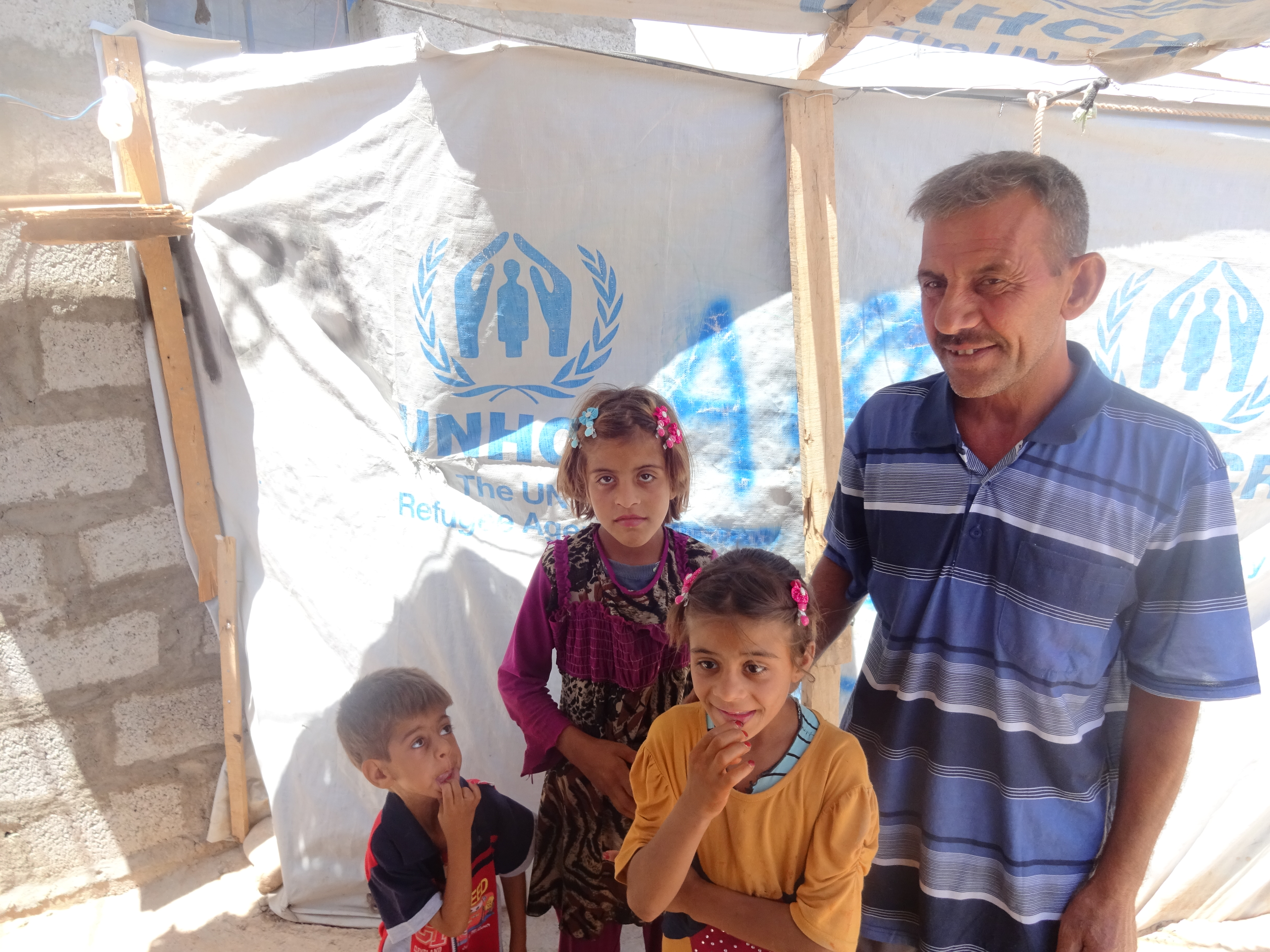 A Sunni Arab refugee from a town near Mosul; at a refugee camp outside Erbil, Kurdistan 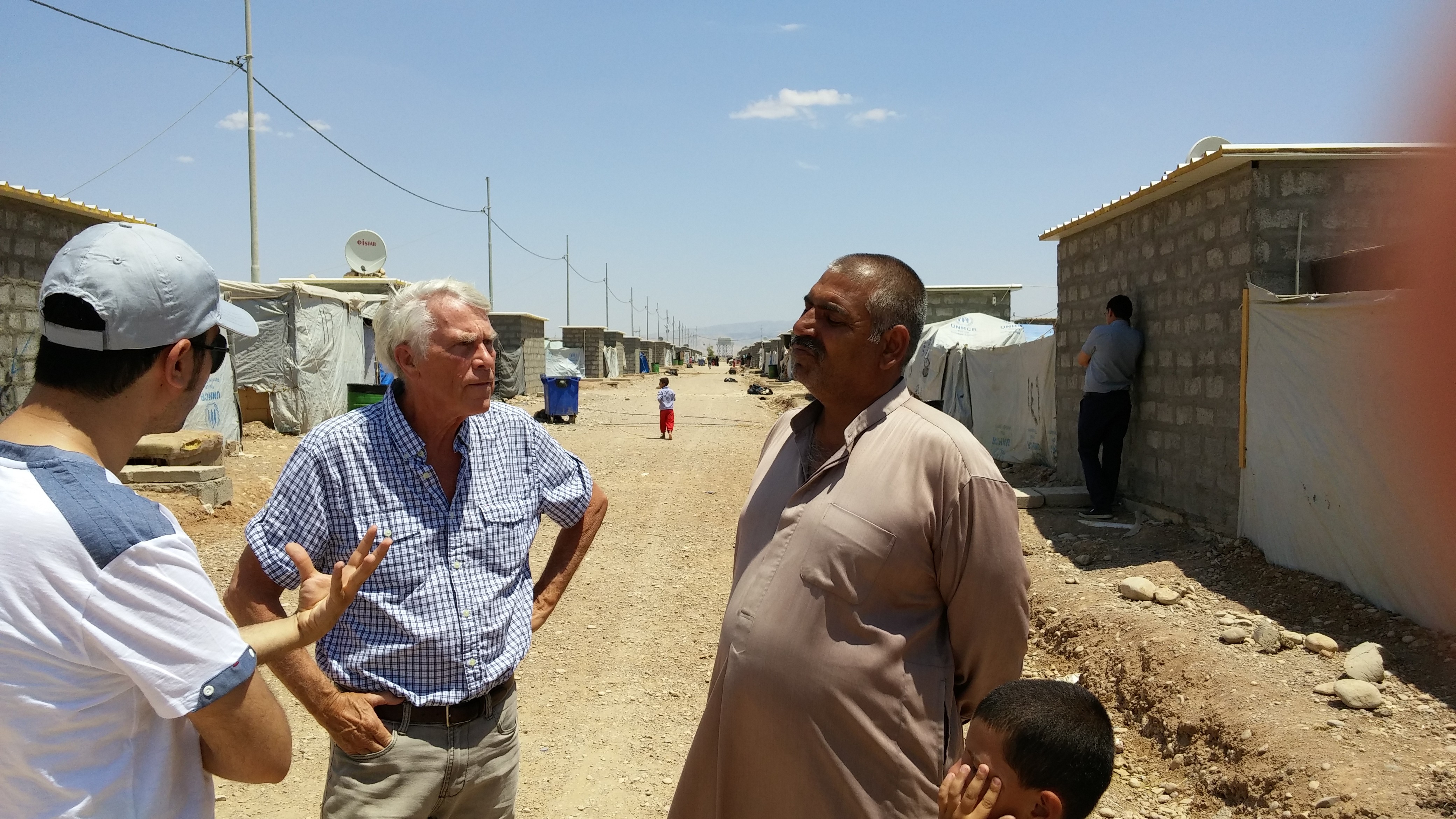 A former advisor for the post-Saddam Iraq Army from Tikrit, Iraq; at a refugee camp near Erbil, Kurdistan. 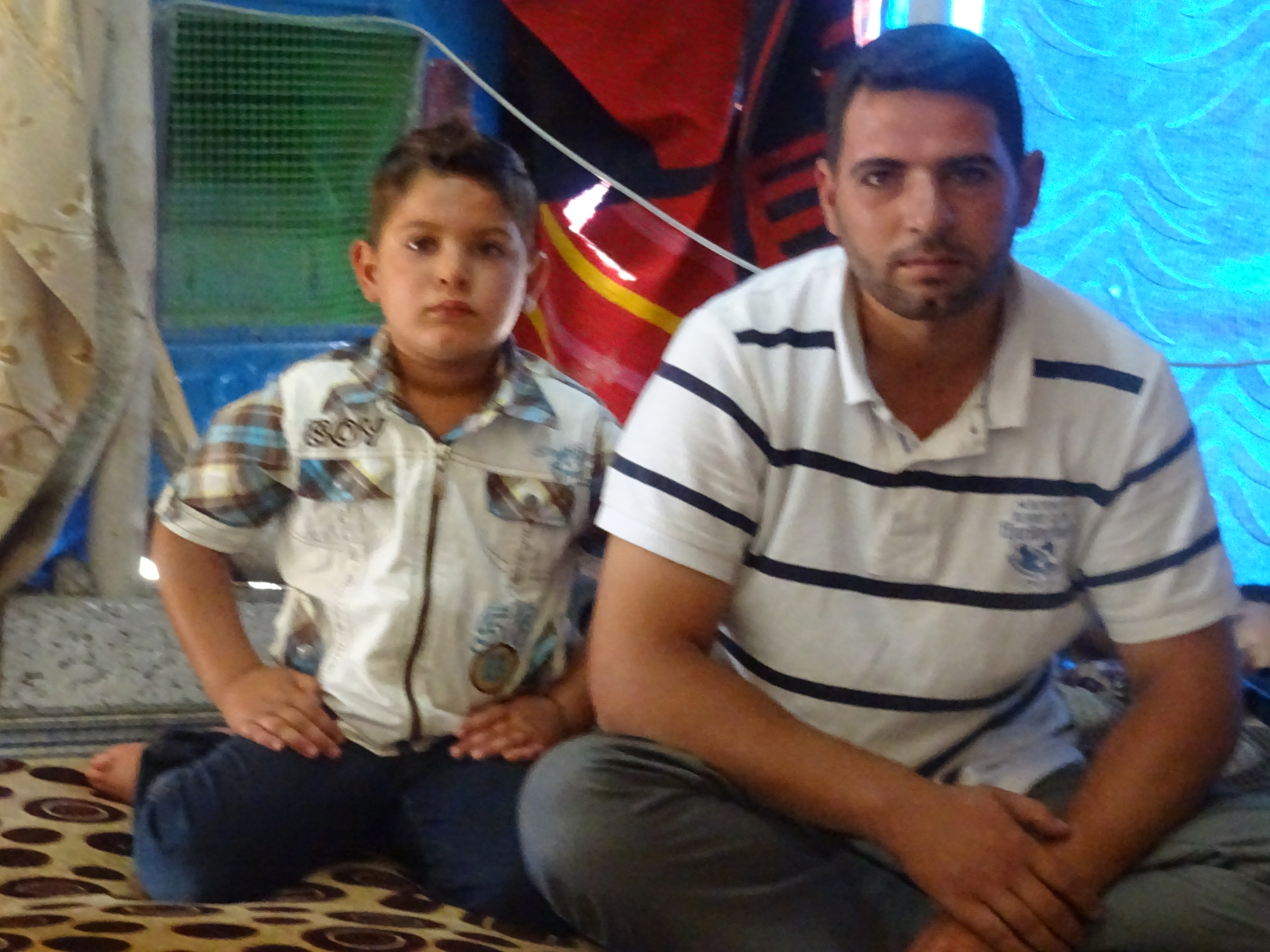 A Muslim from the town of Kawraban near Mosul with his son; in a refugee camp near Erbil, Kurdistan 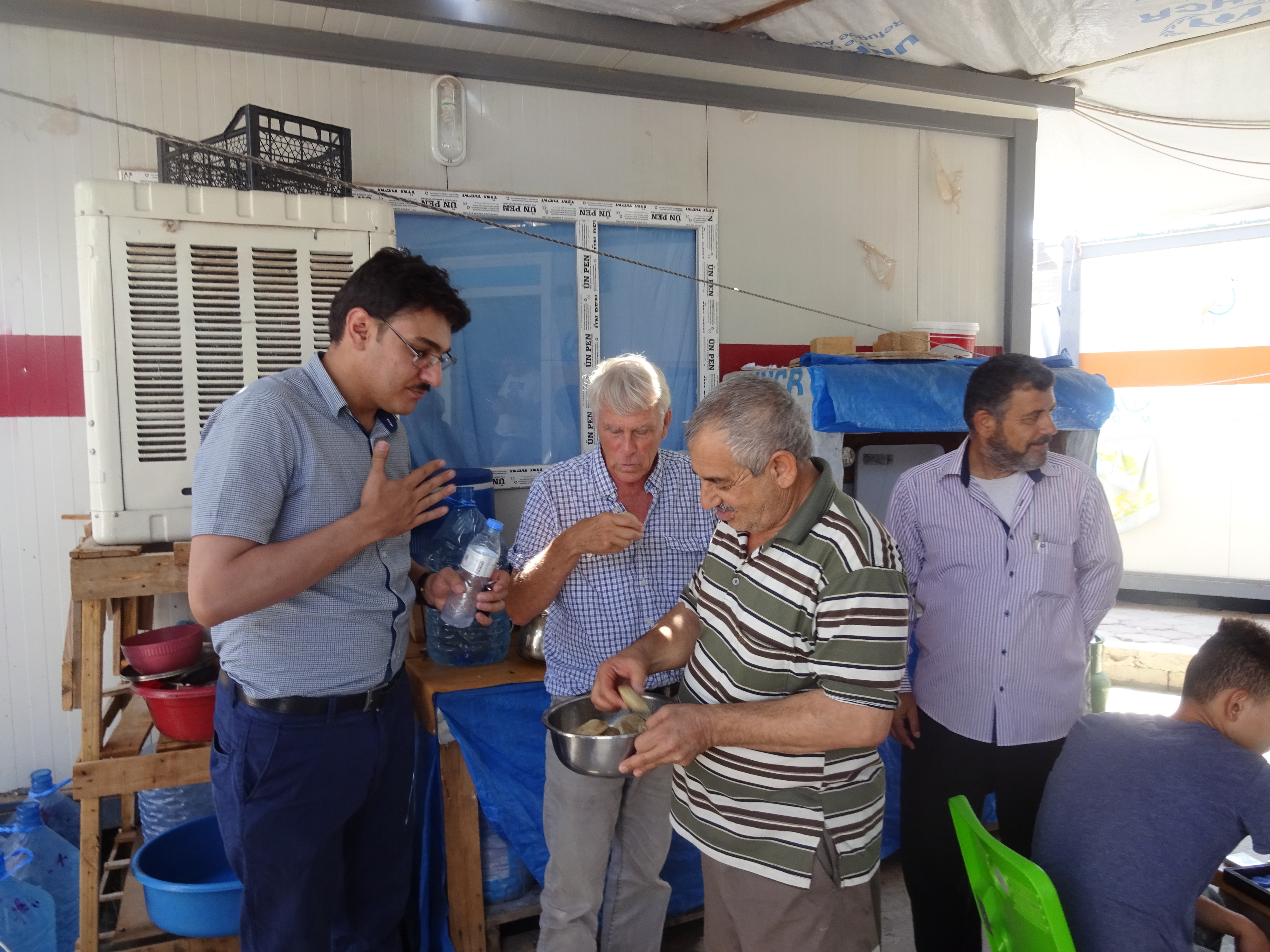 A Syrian Christian pharmacist showing off his cooking, meat dumplings, at a refugee caravan camp in a churchyard in Ankawa, near Erbil, Kurdistan. 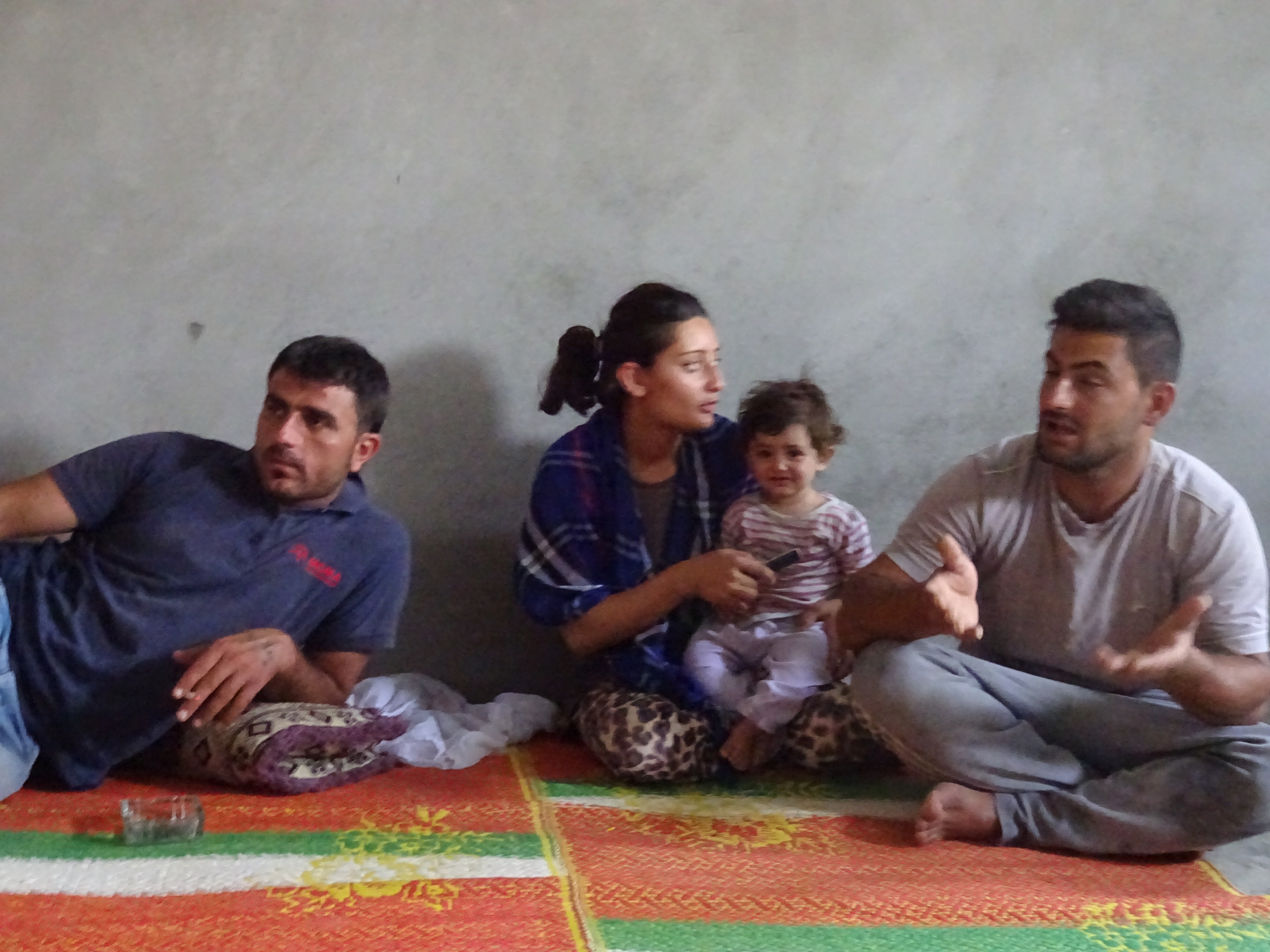 A Syrian Muslim from Qamishlo village near the town of Hassaka, with his wife and child and a friend; in Qustapa refugee camp outside Erbil, Kurdistan 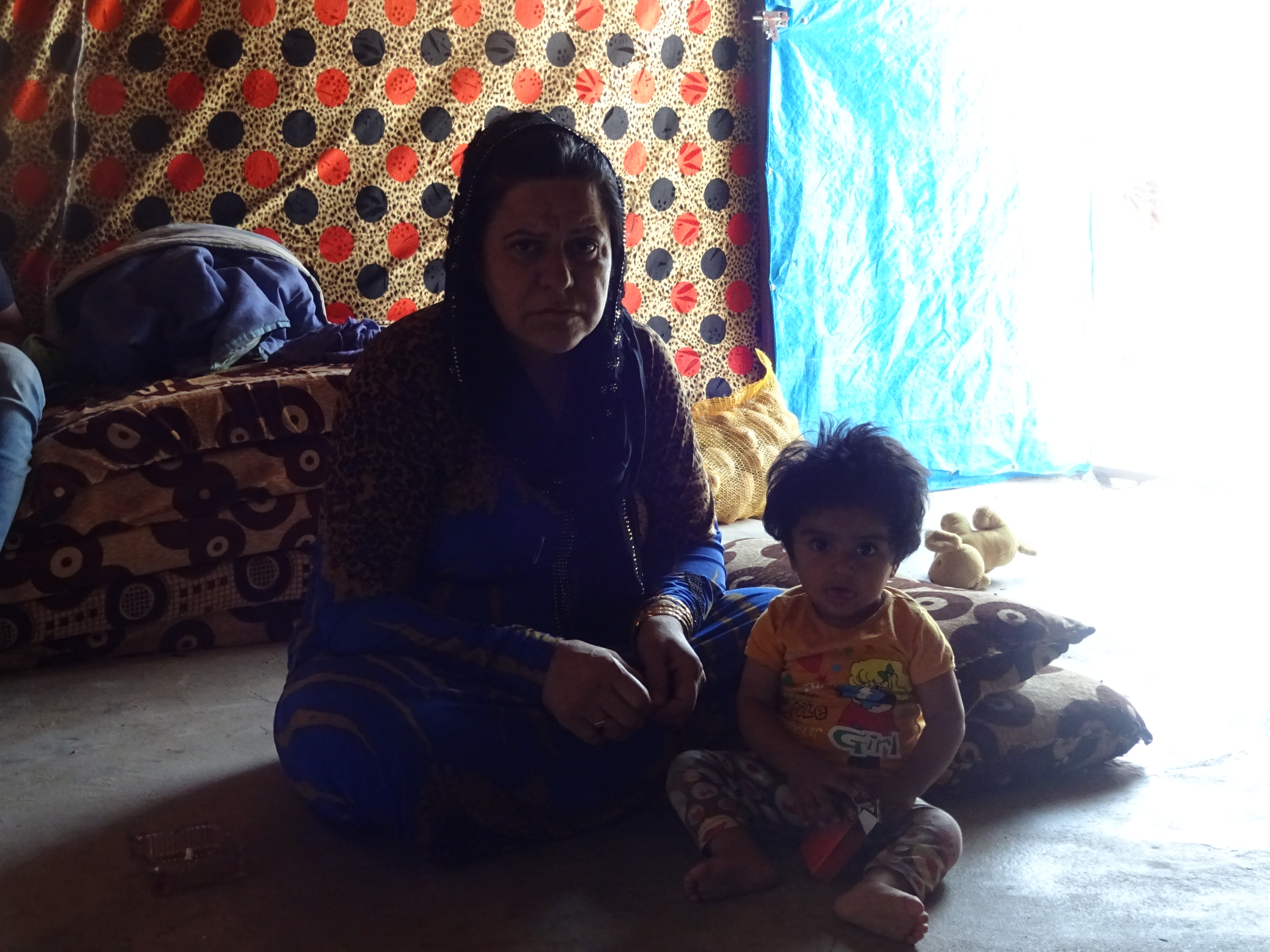 The mother of the man in the previous photo, whose husband had been killed; in a refugee camp outside Erbil, Kurdistan

A refugee camp for members of the ancient Yazidi religion from the Iraqi town of Sinjar; the camp was near Diyarbakir, Southeastern Turkey 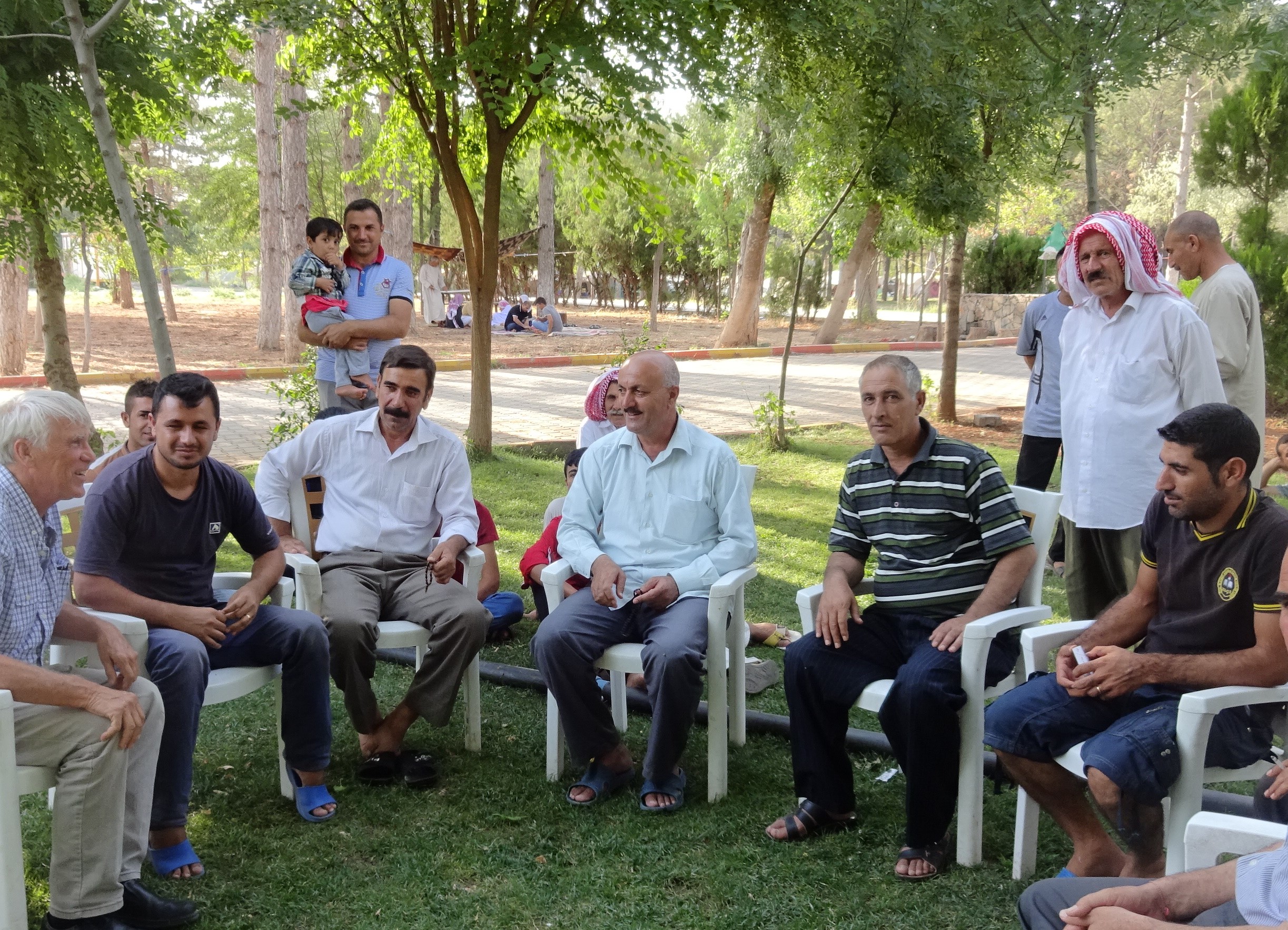 Talking with Yazidi elders from Sinjar, in a park converted into a refugee camp outside Diyarbakir, Turkey 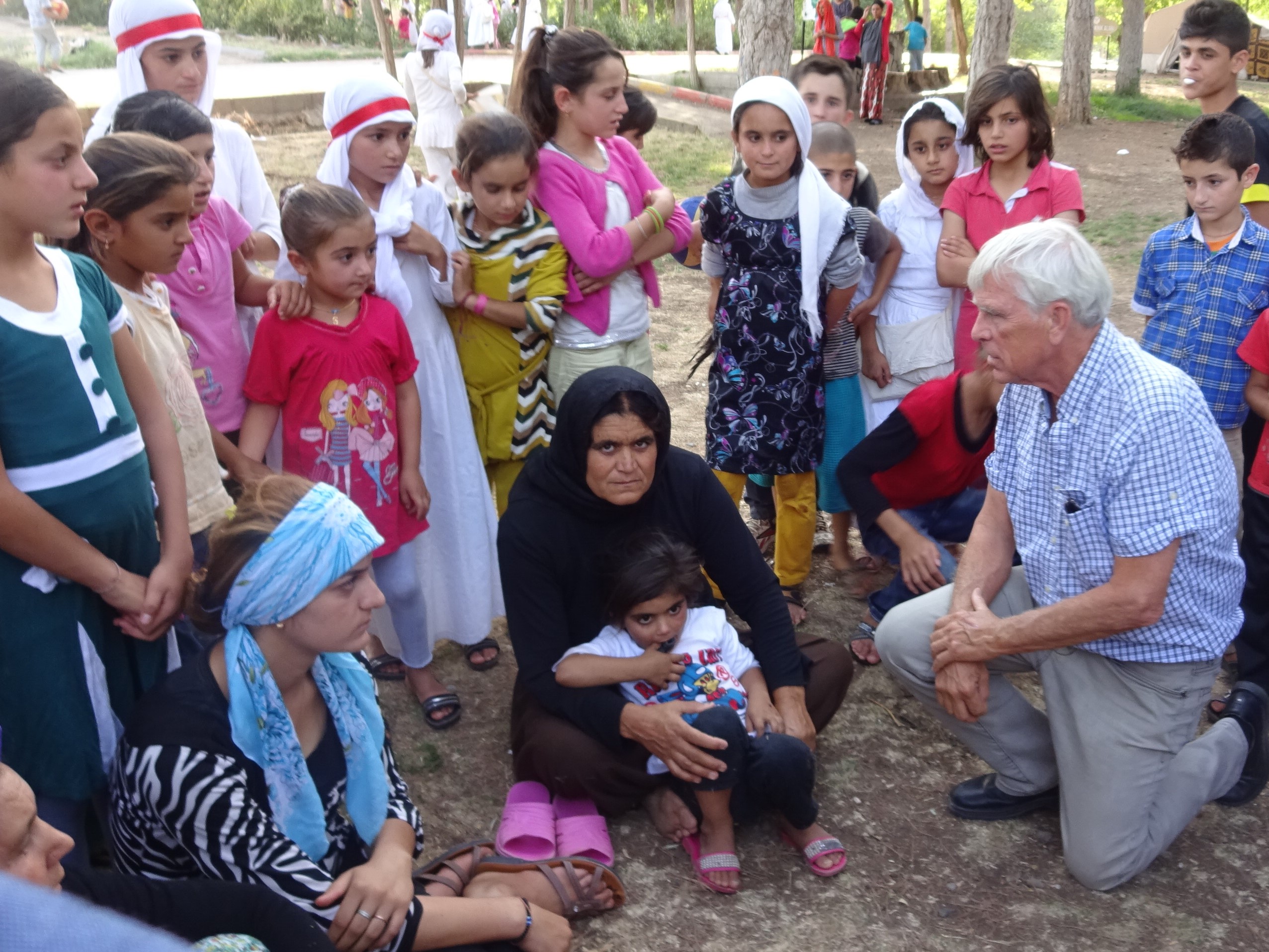 Talking with Yazidi women from Sinjar at the Yazidi refugee camp outside Diyarbakir, Turkey.

For a brief report on these interviews see the essay, “Talking with Refugees from ISIS” on this website.