Peter Berger died on June 27, 2017, at age 88. He was a professor emeritus of sociology and founder of the Center for Culture, Religion and World Affairs at Boston University.

Years ago when I was co-directing the Berkeley-Harvard program in comparative religion our conference in Cambridge had divided into two camps, the ethical relativists and the ethical absolutists. Peter Berger was on the side of the absolutists.

The discussion came to the case of sati, the practice in India of widow-burning, where the grieving widow was supposed to throw herself onto the funeral pyre of her departed husband and achieve a kind of divine immortality as a result. Berger listened to the cultural defenses of the practice for a moment or two, and then he had had enough.

Berger stood up, his voice thundering as he pointed an accusing finger at each of us. “If the funeral pyre was burning in the midst of this room and an old lady started climbing on it, who among you moral relativists,” he said, his words reverberating through the ornate hall of the old Harvard seminar room, “would pause even a second in keeping her alive?”

Whatever else was said that day, Berger’s image of the old lady on the funeral pyre in the seminar room lingered in our minds and framed much of the rest of the debate. That was Berger—he had a powerful way with words, enhanced by striking images from a fertile imagination.

It was not just his own, but the social imagination of whole societies that was the subject that Berger pursued throughout his career. A whole generation of young scholars became excited about the importance of the social sciences through his co-authored Social Construction of Reality, which taught us that all of the realities of everyday life are in some way socially constructed. The point was not to trivialize what we think of as reality, but to demonstrate the power of the social imagination in informing our sense of what we think of as real in the world. It is a point that he expanded on in a charming way in what is often thought of as a textbook, Invitation to Sociology, but which is largely Berger’s ruminations on the sociological imagination.

It is the power of this imagination that attracted Berger to religion. Like another great late sociologist of religion, Robert Bellah, he thought of religion as “alternative reality,” the suggestion of transcendence that lay behind the fractured constructions of reality that provide us with the day-to-day world around us. The book of his that makes the best connection between religion and the social construction of reality is likely The Sacred Canopy: Elements of a Social Theory of Religion. His regard for religion as a cultural resource for thinking of ultimate matters led him to become a well-known defender of religion. His prominence as a champion for God rose during the era of the “God is dead” mentality, and a series of books, perhaps most notably, A Rumor of Angels: Modern Society and the Rediscovery of the Supernatural, defended the possibility of religious thinking and its challenges from an aggressive atheism.

His form of religiosity was an old-fashioned Lutheran variety that left little room for social activism and the cultural compromises with modernity that many liberal Christian congregations have adopted. For that reason he was often regarded as politically conservative, though in Pyramids of Sacrifice: Political Ethics and Social Change, he tried to be as critical of capitalism as he was of radical socialism.

Later in life he returned to the idea of the social construction of reality in an interesting book, Redeeming Laughter, which set out to understand why things are funny. A clash of conceptions of reality are at the heart of it, which is why religious humor is particularly interesting. Berger himself loved to tell humorous stories, and he regarded this as one of his most interesting books. He told me he was disappointed that the book did not have more of an impact in the United States. He felt that it had a better reception in Europe.

In his last years he became increasingly interested in religion in a global context. His Center for Culture, Religion and World Affairs at Boston University became an important arena for scholars from different religious traditions to interact, and Berger became involved in trying to understand commonalities among the different faiths. He was also trying to understand the role of religion in an era of globalization.

Berger wrote the introduction to a book co-edited with Samuel Huntington, Many Globalizations, which argued that economic globalization is only one aspect of a series of different kinds of globalization. He added that globalization itself looked different from different parts of the world. Hence the project of understanding the global era is one requiring multiple perspectives, which the essays in the book attempt to provide.

Again, religion was at the heart of Berger’s thinking about the world, including the global world of our 21st century era. In the lead essay for a book on Religion in Global Civil Society that I edited, Berger notes that “whether civil or uncivil, there can be no doubt that religion today is being globalized to an unprecedented degree” (p15). Trying to make sense of this new reality, like the many social realities that fascinated him over his enormously prolific career, continued to challenge Berger, and at heart there was the moral issue: was religion used for civil or uncivil ends?

This brings me back to the story with which I began these comments, the image that Berger raised of the hapless Hindu widow about to mount her husband’s funeral pyre that Berger imagined to be blazing away incongruously in the middle of a Harvard seminar room. “Would any one pause for even a second,” he demanded to know, in keeping her from carrying out her grisly mission?

After a bit of a silence, all of us cultural relativists had to admit that despite our efforts to give the social and religious context to such an event and to understand why she might be propelled to commit such a deed, Berger was right. We would have tried to stop her. There is, he demonstrated to us—not just in this story but in all of his incredibly prodigious output in a long and productive career–still a deep moral compass in our modern globalized world. We can challenge and we can question, but when it comes to action, who among us would let someone burn? 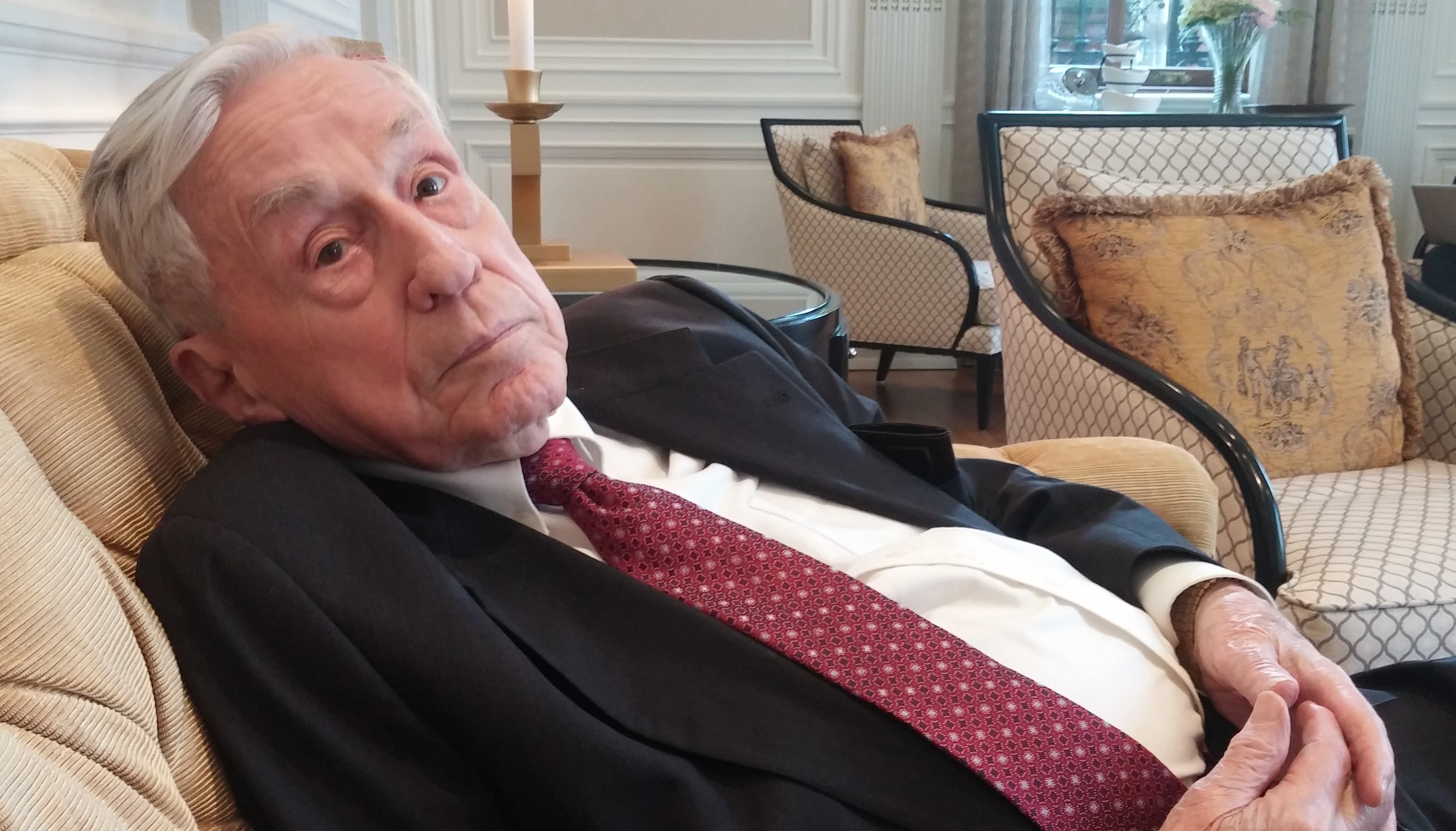 When the preeminent historian, Ainslie Embree, died this week at age 96, he was lauded for his contributions to our understanding of South Asian history and politics, but what was sometimes overlooked was what he offered to the study of religion. Arguably it was Embree who helped to launch programs in the study of South Asian religious culture in the United States, and who first recognized the seriousness of the secular-religious split in South Asian nationalism.

He came by the study of religion naturally. A Canadian pacifist who somehow got swept up in World War II as an air force navigator, he then turned to religion at Union Theological Seminary, New York. Afterwards, in 1947, he accepted an assignment from the United Church of Canada to go to India where he and his wife taught at Indore Christian College. On returning to New York in 1957 he completed a PhD in history at Columbia University. It remained his academic home for most of the rest of his rich career as a professor, dean, department chair, and member of the US diplomatic service in Delhi.

Columbia had created a Western Civilization requirement and Embree, along with the China expert Theodore deBary, were determined to make it a global civilization requirement. Embree created the textbook, Sources of Indian Tradition, that became standard for courses in Hinduism and South Asian Islam. He also helped to establish the South Asian Institute, an early model for the new research field of South Asian Studies throughout the Western world. It is hard to imagine now how novel it was then, this idea of studying cultural regions, especially seemingly arcane ones like Asia. But Embree was a pioneer.

He also forged new paths in the study of religion and nationalism long before the rest of the academic community realized how important this topic would become. In a remarkable book of essays, Utopias in Conflict: Religion and Nationalism in India (University of California Press, 1990), Embree showed how secular and religious visions of the Indian nation were fundamentally in competition, though he understood that the religious versions had their own political motivations. In a separate essay, he ruminated over the partition of India in 1948 and the creation of Pakistan. Though ostensibly an attempt to keep Muslim and Hindu communities separate, Embree thought that issue was never about religious identity but about religious politics, the aspiration of competing political leaders, and wondered how history might have been different if the British had not conceived the issue in communal religious terms.

The case of South Asia, Embree thought, was a good example of why politics and religion should never mix. Like the theologian Reinhold Niebuhr, with whom he had studied at Union Seminary, Embree thought that religion did much to enrich the culture and vitality of a national community, but not its politics, where it could be misused in the hands of ambitious politicians. Like Niebuhr, Embree was a realist in seeing that the “sublime madness” of the religious vision could be not only an inspiration for greatness but also a tool for venal political aspirations.