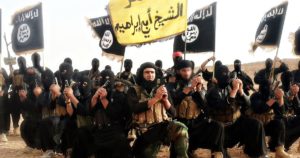 The astounding announcement by President Trump that the US will be pulling all of its troops out of Syria is remarkable for several reasons. The very fact that it was issued on Twitter opens up the question of whether it was a real Presidential order. Since the Pentagon appears not to have been consulted in advance they do not know how to proceed—which troops will be returning when, for instance. And will some remain?

A more basic question is whether the announced basis for the decision is true. Has ISIS been demolished, as Trump claimed? The implication of his statement is that the war is over and all will be at peace.

That assumption is faulty for several reasons. One is that ISIS has not been completely defeated. About 20,000 active militants remain throughout Syria and Iraq, with 2500 in and around the city of Deir ez Zor near the Syria-Iraq border. Moreover, ISIS guerilla attacks continue, even in Raqqa and Mosul, where the cities are supposed to have been liberated – a task accomplished in part through massive destruction of large portions of both cities. In the Sunni heartland of Iraq, ISIS is restoring a foothold in Fallujah and Ramadi.

The forces that continue to fight ISIS are the ones that were instrumental in their defeat in the 95% of the area that ISIS once controlled. These fighters are Kurds from both Syria and Iraq, backed by US troops and air support. It is certain that without US military backing the Kurds would not be effective in continuing to contain the last elements of ISIS. Moreover, without US military support the Kurds themselves would be in serious trouble from the Syrian and Turkish governments.

The Syrian government is suspicious of the Kurds, their largest ethnic minority, since they are regarded as separatist, seeking their own semi-autonomous region as the Kurds in Iraq have succeeded in doing in the northern Iraqi province of Kurdistan. So even though the Syrian government acknowledges the role that Kurdish troops played in defeating ISIS, they have no intention of supporting them further.

Turkey feels even more strongly about the Kurds. The Turkish autocratic regime headed by Recep Erdogan regards Kurds as troublemakers and worse. Within Turkey, the Kurdish minority is regarded as separatist and inclined to terrorism. The Kurds in Syria are seen as their allies, and therefore Erdogan’s enemies. He would love to have an excuse to get rid of them.

It is probably not a coincidence that Trump’s announcement about pulling US troops out of Syria came shortly after conversations that he had with Erdogan. The Turkish autocrat is said to have requested Trump to withdraw the US troops from Syria—a de facto withdrawal of US support for the Kurds—which would allow Erdogan a free hand to control the Kurds along the Turkish-Syrian border. One interpretation of Trump’s willingness to please Erdogan is that he wants to soften the Turkish stand against Saudi Arabia after Turkey exposed the bloody role of the Saudi ruler Mohammed ben Salman in the brutal murder of Washington Post columnist Jamal Khashoggi. According to this interpretation, Trump would be doing Turkey a favor, and in turn would take a softer stand against Salman.

By pulling US troops out of Syria Trump would also be doing a favor to Russia, which would become even more dominant in the region. Perhaps inadvertently he would be doing a favor to Iran, which with Russia’s support would extend its sphere of influence in an arc from Iran through Iraq to Syria.

Hence pulling US troops out would hardly lead to peace, but rather an increased instability in the region. A future US President might have to commit even more troops to the region to undo this dangerous path towards instability. And one of the winners in the precipitous Trump action would be ISIS itself, for without the constant fear of Kurdish intervention, it would be free to regroup and reassert its influence in Syria and Iraq.