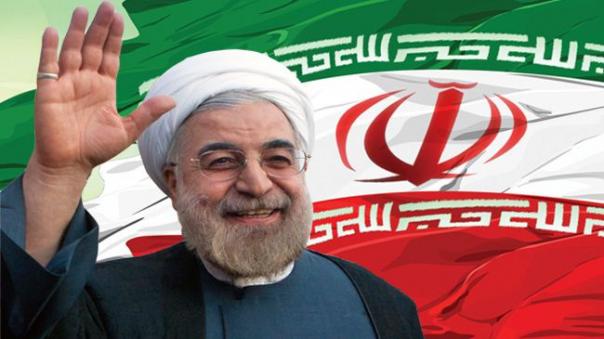 Though US Secretary of State John Kerry is working hard in the Middle East to find Muslim countries to partner in the fight against ISIS, the ones he is courting may be counterproductive. The current regimes in Egypt and Saudi Arabia, for instance, are loathed by many Muslims, and not just by extremists. Cairo’s crackdown on the Muslim Brotherhood and the patronage state of the Saud family are not wildly popular. A coalition that includes them would likely be ammunition for the ISIS recruiting efforts among disaffected Muslim youth.

The Iran leadership is also regarded with suspicion by many Sunni Muslim activists, but for a different reason. ISIS recruits are Sunni and Iran is Shi’a. But therein lies the importance of Iran. As the largest and most important Shi’a country in the world it has enormous influence over other Shi’a politicians in the region. And it just so happens that two sets of them are located in the seats of power in Syria and Iraq.

To understand the importance of Iran in solving the ISIS problem, therefore, it is important to remind ourselves how ISIS came to power in the first place. Though they are extremists, and portrayed in the Western media as crazy bloodthirsty fanatics, that alone would not have allowed them to ascend to the heights of power that they have now attained.

ISIS has wooed moderate Sunni supporters to their side in both Syria and Iraq. According to an insightful article by Graeme Wood in The New Republic, the ISIS supporters consist of three types—psychopaths, believers, and pragmatists. The psychopaths and believers are largely recruited from outside the region. The cruel executioner in the videos of the beheadings of Westerners is likely a 23-year old former rapper from West London who was lured to the region as a soldier of fortune in a grand imagined war.

The pragmatists in the ISIS ranks are local Sunni Syrians and Iraqis who see the movement as their best hope for getting ahead. In both countries, the Sunnis have regarded themselves as oppressed by Shi’a political leaders—Nouri al Maliki in Iraq and Bashir Assad in Syria. In both cases the large Sunni population had lost hope that they would ever be treated as more than second class citizens in their own countries.

Once again Sunnis have been lured by al Qaeda style of jihadi activists, now under the banner of ISIS (the Islamic State of Iraq and al Sham, or ISIL, since al Sham can be translated as Levant, the old name for greater Syria). More recently in a fit of megalomania it has called itself the Islamic State, as if there could be only one, but it does give a role to the local Sunni leaders. Once again a sense of alienation and disaffection has driven the Sunnis into the extremists hands.

Could these moderate Sunnis, the pragmatists in Graeme Wood’s words, be lured back as they were during the Awakening in 2008? That depends to a large measure on what happens in Damascus and Baghdad, whether the Shi’a governments there are open to shared governance.

Iran has recently shown that it understands the importance of shared governance in order to appease the Sunnis and keep ISIS support from growing. When the US said that it would not support the al Maliki government in Baghdad without a more open (that is, Sunni inclusive) policy, this position was echoed by Iran, and by the Shi’a clergy in Iraq most closely allied with Iran, Ali al-Sistani. Shortly after the ISIS incursion and the fall of Mosul, Baghdad received an important visitor in the person of Qassem Suleimani, the head of Iran’s Quds force and the most powerful military strategist in the country.

With weeks, al Maliki was gone. In September, 2014, the new Prime Minister, Haider al-Abadi, took office and pledged to take a more open stance to the Sunni minority. The BBC has dubbed his regime “a new era in Iraq.” But it will take some massive changes, including redrawing the pro-Shi’a constitution, to make Iraq as inviting to the Sunnis as it did during the Awakening period. A great deal of mistrust will have to be overcome on both sides.

Syria faces perhaps an even more difficult challenge in finding a solution that will be agreeable to the Sunni minority as well as to the Alawite and Christian minorities that support the Assad regime. Assad is adamant, and he has already turned down the best opportunity for reconciliation a couple of years ago with a UN proposal for a shared governance peace settlement.

The US can bomb all it wants to. But the only thing that will really make a difference is the erosion of Sunni support for ISIS. This will probably not happen until there is a change in attitude in both Syrian and Iraqi capitals. And in both cases, Iran holds the key.

2 thoughts on “Iran is Key to Ending ISIS”