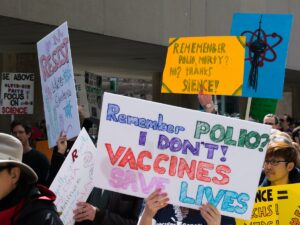 [The following letter was actually sent to someone I know who refuses to be vaccinated thinking it’s not sufficiently safe.]

Yes, I found your admission that you are hesitating taking any of the available COVID-19 vaccines to be troubling. There are several reasons for this.

One is that I work in the field of higher education where we respect expertise. All of us in universities are experts in something, but none of us are experts in everything. So we rely on the knowledge of those who have devoted their intellectual resources to an area in which we seek information.

Yet we know that not all experts in the same field agree. That’s the nature of the scientific community, it thrives on discussion and counter-evidence. For that reason we seldom trust the outliers in the field who may take a contrary stand to the great majority of their colleagues. We rely on the preponderance of the evidence if it points in one direction, and we trust in the overwhelming consensus of experts in a field. This is abundantly the case in the reliability of the current COVID vaccines available.

But there are two other reasons that I have. These are more personal.

One is my connection with India. I lived there for a time and am in almost daily contact with friends there. In recent months India has gone through a tsunami of COVID cases related to the new Delta variant. It is more transmissible and lethal than other forms, and it has a tendency to strike younger victims, not just the elderly that has been the case with early forms of the disease.

In recent weeks I have heard of the tragic deaths of several people that I have known, healthy colleagues in the fullness of life, who were struck down with an evil disease that aims for the lungs, leaving the victims almost literally choking to death.

In all of these cases, they had tried in advance to get access to a vaccine to protect them. Alas, there is a severe shortage and long waiting lines. And for many, including these colleagues, the chance for a vaccine has come too late.

I feel helpless hearing this dark news about people I knew and admired. To know that they died for the lack of a vaccine is troubling. Even more disturbing is to know that otherwise sensible Americans are taking a cavalier attitude towards taking the vaccine. I feel that if they don’t want it, for God’s sake send their vaccines to India where people are literally dying to receive them.

The other reason is even more personal. It is literally close to home.

You see I’m married to a woman who had a viral disease in her childhood—polio—and is still suffering from the effects. It was called infantile paralysis because it frequently struck young people, cruelly, leaving them crippled or gasping for breath. In my wife’s case, for a lifetime she has had limited mobility and frequent pains. What a blessing it was when vaccines were developed to combat this horrible and crippling disease!

But that didn’t happen immediately. I’m old enough to remember that when the first polio vaccines came out there were deniers and those who hesitated. But ultimately they were won over, and now polio has been virtually eradicated from the face of the earth.

Without the overwhelming acceptance of the vaccine, polio would not have been defeated. If a large percentage of the population goes unvaccinated everyone suffers, since the virus remains in society, and has the opportunity to mutate into even more virulent strands.

So vaccination is not just for personal protection. It a matter of social responsibility.

Of course you are free to make your own decisions, that’s the wonderful thing about being in a free society. But decisions have consequences. Not only for yourself, but for others, as well.