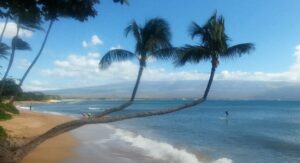 This was the question raised in a recent television program in CNN’s United Shades of America Series. “Should you visit Hawai’i?” asked the genial host of the program, W. Kamau Bell.

My answer is “yes.” But I would add “with respect for the region’s culture and history.”

Bell raised the question with several Native Hawai’ian activists, whose answer was a resounding “no.” Their concern was that the state was being overwhelmed with outsiders who had little understanding of, or interest in, the history and culture of the islands. Moreover they were raising the living costs to a standard almost unobtainable for the locals.

But Hawai’ian sovereignty has meant different things to different people. Only some think it’s feasible to return to the kingdom of Queen Liliuokalani that was overthrown by a coup of American businessmen and their militia in 1893. For others reparations are in order, or increased assistance for those who can certify a significant percentage of Native Hawai’ian ancestry.

Moreover, it is difficult to determine who the outsiders are. All ethnic groups in Hawaii intermarry, and none more than Native Hawai’ians and Euro-Americans (White Caucasians).

Historically speaking, all ethnic groups in Hawai’i are outsiders. Originally the islands were uninhabited until Polynesians crossed the ocean on wooden rafts and began to settle in the islands in large numbers about 800 years ago. These constituted the Native Hawai’ian population, which was largely cut off from other Polynesian communities. Still, at a conference hosted when I was at the University of Hawai’i, I was impressed that a New Zealand delegate who spoke Maori could communicate with one of our faculty members who was speaking in Hawai’ian. The languages were similar enough to be intelligible.

After Captain Cook made the first European contact with the islands in 1778, Europeans and Euro-American missionaries and businessmen settled there, some intermarrying with Native Hawai’ians. They also began to exploit the island’s agricultural resources, especially through sugar cane plantations, but they needed cheap labor. That’s when workers from Asia and elsewhere were imported in large numbers.

The Chinese were first, but they soon moved on from the torturous work in the cane fields to shops and other businesses, many buying land themselves. The plantation owners then turned to Japan for laborers but in time they too resisted the cane fields and found other forms of employment, many in business and administrative positions. Portuguese from the Azore islands were brought as workers, and more recently large numbers of Filipinos and some Hispanics. In the 20th century, Euro- and African-Americans came to serve in the military and many stayed, often inter-marrying with other ethnic groups. New arrivals in this century include retired mainland Americans seeking a warm environment and an easy style of living.

Today the sugar plantations are no more, the last cane fields abandoned. They are no longer competitive in the global market. But the ethnic groups that were brought to service them over the decades, along with the arrival of mainland Americans after statehood, have made Hawai’i the most ethnically diverse state in the union.

The largest ethnic group in the islands today is “Asian,” according to the US census figures. But intermarriage makes precise figures difficult. The census figures claim that 37% of the population is “Asian alone” (not intermixed with another ethnic group), but that includes Chinese, Japanese, Filipinos and Koreans all lumped together. Other figures indicate that Filipinos are the largest Asian group, followed by Japanese and a relatively smaller number of Chinese and Korean.

Euro-American (aka White, Caucasian) constitute 25% “alone,” not intermarried with another group, and native Hawai’ian 10%. But these two communities are the most likely to intermarry, not only with each other, but with Filipino, Japanese, and other ethnic communities. A statement of Kamehameha Schools—which provides education for children of Native Hawai’ian background—claims that of the 400,000 people in the United States who can claim some Native Hawai’ian blood only 8000 are 100% Hawai’ian.

The elected officials of Hawai’i give some hint of the ethnic makeup. Currently the governor is David Ige, of Japanese background. The senators are Maize Hirono (Japanese) and Brian Schatz (Euro-American). The US Representatives are Ed Case (Euro-American) and Kaiali’i Kahele (Native Hawai’ian). The winner of the Democrat Primary election recently, and therefore likely to be the elected governor in November is Josh Green, a Jewish Euro-American who is married to a local woman of partial Hawai’ian ancestry.

Like many Euro-Americans in Hawai’i the likely next governor, Josh Green, was raised on the mainland. Green attended Swarthmore College and then medical school in Pennsylvania. He came to the big island of Hawaii to open up a clinic in the rural area where he identified with Hawai’is diverse population, and married a woman from Kane’ohe, O’ahu. The mother of his wife, Jaimi Ushiroda, was 50% native Hawai’ian.

To become kamaina—a local, in Hawai’ian parlance—you just have to show up and then integrate yourself in the local ethnically diverse population. If you get a Hawai’ian driver’s license you’ve passed the first step to being a local. After that it’s up to you and how you’re accepted.

In my case I’m still not quite local. After all, I keep my California driver’s license and my California connections. But in other ways I’ve become part of the local community. The Episcopal Church I attend in Wailuku is largely Filipino, and was founded in 1865 by King Kamehameha IV. Every Sunday we sing two hymns in Hawai’ian language written by the deposed Queen Liliuokalani, and often a hymn in the Filipino language, Ilokano.

I also purchased a couple of acres of rural land in ‘Iao Valley where I raise papaya, mango, banana, coffee and other crops, and I’m planning on growing the traditional taro (which is called kalo in Hawai’ian). I’ve built a bamboo retreat house on the site in Polynesian style. It has no walls or windows, only screens to keep out the bugs and shutters when the storms come. It’s off-grid and totally self-sustaining.

I’m aware that my property was ancient Hawai’ian farmland, and have had Hawai’ian blessings performed on the site by one of my neighbors of Hawai’ian ancestry who is a kahuna, a native priest. It was his father, a Filipino-Hawai’ian, who sold me the property. It was not passed down through his family, however. Previously the land had been part of a coffee plantation, and he just made a shrewd real estate investment buying up a sizable tract of farmland in the valley.

But we share a respect for native Hawai’ian culture and history. Lately I’ve been talking with Kainoa, his son (the kahuna) about starting in Maui a version of DeTour, which is a tour for tourists created by some faculty members of the University of Hawai’i on O’ahu island. The idea is to bring tourists to sites that illuminate the history of the ethnic groups and the exploitation of workers over the years by plantations, the military and the tourist industry itself.

The idea is to welcome people to the islands, and to enable them to enjoy the beauty and calm of the environment. But also to let them understand the history and culture of what makes this region so vital and remarkable. Tourism is the economic life blood of the islands, and without visitors many of my neighbors who work in the hospitality trade would be out of business.

During the strict lockdown period of the covid pandemic the islands were virtually empty of tourists. I have to admit it was a pleasure for us who lived there to feel like we had the islands to ourselves. At the same time, I watched as many of my neighbors struggled financially without a steady source of income. It was sad to see many small shops and restaurants that I had loved close their shutters forever. If this were to be a permanent condition, without tourism many locals would be forced to leave the islands, as many in the younger generation have done already, to seek viable employment.

So the paradox is that for Hawai’i to stay Hawai’i a certain amount of outsider presence is economically beneficial. It would be good, however, if our visitors regard themselves as guests in someone else’s home, and respect the land and the people while they are here. In Lahaina, in the center of Maui’s tourist area, a nightly historical drama in a graveyard tells much of Hawai’is tragic history. I wish more tourists would take the time and interest to watch it.

So for all who are contemplating a trip to Hawai’i: aloha- a wonderful word that means love and hospitality and toleration. Welcome to the islands. And when you hear aloha again when you leave, return refreshed but also, I hope, with memories of a unique culture and history and some quite remarkable and persistent people.