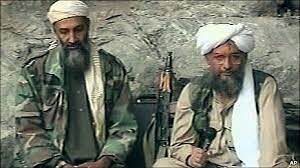 July 31, 2022 may go down in history as the day that al Qaeda died. This was  when Ayman al Zawahiri was killed by an American drone as he stood on the balcony of a house in Kabul, Afghanistan. The missile strike terminated not only the life of this partner and successor to Osama bin Laden, but also removed the last major symbol of al Qaeda leadership.

There are groups in Syria and Yemen and other places around the world that claim to be affiliated with al Qaeda that will continue to operate as they have in the past. But they were never really a part of the al Qaeda organizational structure. Though they subscribed to the movement’s ideology, they mostly used the name to give them a kind of street credibility.

The movement suffered a major blow with the killing of Osama bin Laden in a daring nighttime raid on his compound in Abbottabad, Pakistan, in 2011. Zawahiri, who had been at bin Laden’s side since 1998, soon proclaimed himself the leader of the movement, but in fact there was little to lead.

Al Qaeda soon became eclipsed by the Islamic State (ISIS) both in media attention and among radical Islamic militants. Unlike al Qaeda, ISIS showed that it could win over large swaths of territory and rule as if it were a caliphate. Al Qaeda had only the illusion of global power.

Nonetheless Zawahiri was good at propagating this illusion. Perhaps more than bin Laden he was the mastermind of the movement. Though he lacked charisma there were never serious rivals for his leadership. Osama bin Laden’s son, Hamza bin Laden, who was a formidable contender and would have been a possible successor to Zawahiri, was killed by a U.S. counter-terrorism operation along the Pakistan-Afghanistan border in 2019.

It is hard to say exactly what Zawahiri’s contributions were. Some claim he was instrumental in helping to plan for the 9/11 attacks, though the official U.S. 9/11 Commission Report identifies Khalid Sheik Mohammed, imprisoned in Gauntanamo, as the prime organizer. This makes sense, since he and his nephew, Ramzi Youssef, had been involved in Jihadist plots earlier involving airplanes, and Youssef was convicted and imprisoned for his role in the unsuccessful 1993 attack on the World Trade Center.

But bin Laden and Zawahiri seemed to know about the terrorist plot on 9/11 before it happened, took credit for it, and came to be the symbols of the attack. In that sense, President Biden can boast that he completed the mission begun by President Barack Obama in the US military raid that killed bin Laden.

There is no question that bin Laden and Zawahiri were close. They were the dual leaders of their shadowy operations. Though bin Laden was a Saudi and Zawahiri was Egyptian, they joined forces in 1998 in Afghanistan. Soon after they conducted the first terrorist operation that was clearly linked to al Qaeda—the dual attacks on American Embassies in Kenya and Tanzania that killed over two hundred.

It was to Afghanistan that Zawahiri recently returned after years of living in Pakistan. It is a testimony of the friendship of the Taliban’s ruling Haqqani network that they would allow Zawahiri to travel freely in the country. And it was a testimony to his sense of security that he could step out on a balcony for a bit of fresh air.

That turned out to be his undoing. Though the U.S. had located his Kabul residence a month earlier the camera on the drone now had a clear shot, and they took it. The Taliban leaders immediately closed off the area to allow Zawahiri’s family to leave safely. They also condemned the U.S. for violating the conditions of the Doha agreement that the Trump administration had signed, leading to the U.S. withdrawal from Afghanistan. They did not mention, however, that the very fact that Zawahiri was being sheltered in the country was the Taliban’s own violation of the Doha agreement.

But the deed was done. Zawahiri was gone. And with him the awful memories of al Qaeda.